For technical reasons I have had to start another blog and will retire this one.

My new blog is here

I hope to see you there. Thanks.
Posted by Magpie at 9:41 PM No comments:

Americans are being comprehensively screwed 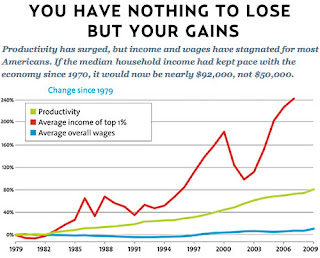 Check out this report which lays bare the economical betrayal of ordinary Americans in the interests of big business and a merciless plutocracy.
At this rate they will become the working poor of the developed world, there to suffer sub-par services, work till they die, and live in the darkening core of a hollowed-out once-was-a-superpower blighted by greed.

Sources are listed at the bottom.
Posted by magpie at 11:40 PM 2 comments:

For years Geelong had been the all-conquering machine in the Australian Football League
And then the league’s greatest club – Collingwood – played like no-one has ever played before.

All these highlights are from just one match.

Greed as justice, addiction as freedom, law as crime

Welcome to the warped marketing of Tobacco industry protectionism...

Would you believe that enforced change to packaging of cigarettes would deliver us all to evil?

No I wouldn’t either.

“A short film that appears to be based on a John le Carre spy novel - think people smugglers, prostitutes, terrorists - is the latest salvo in the tobacco industry's battle against federal government plans to introduce plain packaging for cigarettes. According to the seven-minute film by British American Tobacco, the proposal will cause organised crime gangs to flourish, encouraging the syndicates to use their networks to flood Australia with smuggled drugs, weapons and cigarettes. Replete with scenes of menacing Russian mobsters, exploding cars, street prostitutes and drug-addled teens, the film is part of a global campaign to block Australian anti-smoking health reforms that could set a commercially damaging precedent for the international tobacco industry.”

Our country, our laws. Deal with it.

It’s not in any way a smoking ban. You can still light up that filth and cost ME tax-money in future treatment for related illnesses. It’s just a control on the packaging – like a control on the advertising. Designed to stop impressionable kids being sucked into the habit.

At the same time of course they have commercials running about nanny statism. Apparently the definition of a nanny state is one that protects the health of its citizens instead of cigarette sales. Go figure.

Why? Can’t do it without the Russian mobster props?

And to quote Simon Chapman from Crikey.com back on the 9th:

“ With the passage of the government’s bill on plain packaging now assured by the support of the opposition, the Greens and all but one of the independents, an ever-desperate tobacco industry is now concentrating on the legal apocalypse that they say will descend on Australia through the courts.

These arguments are all a paper-thin house of cards, starting with the central problem that plain packaging will not extinguish brand identities. All brands will still carry brand names allowing smokers to clearly exercise their freedom of choice to select between the much-vaunted but mostly non-existent differences in brands. This is critical, because in the highly unlikely event of a ruling by the High Court in favour of the industry, all calculations of compensation will need to take account that branding differences have only been diminished, not extinguished.

Given that some 30-40 nations now have appropriated massive sections of packs with graphic warnings and that not a cent has been claimed or awarded in brand damage anywhere in the world for this egregious assault on brand identity, the prospects of any claim for huge compensation even in the unlikely event of a favourable ruling are vanishingly small. “

related post from January
Posted by magpie at 4:03 PM 2 comments:

"Labor MPs have backed down on a demand that Indonesian abattoirs comply with Australian standards, paving the way for the return of live cattle exports to slaughterhouses that do not require animals be stunned before they are killed."

Of course you have. You spineless jerks.
You and your great moral imperatives that you forget as soon as someone somewhere whinges about them.
Now how are we going to believe you when you tell us you have assurances that refugees sent to Malaysia will not be caned?
Where's your fucking "resolve" now???
Posted by magpie at 11:43 PM No comments:

Too many out of too few 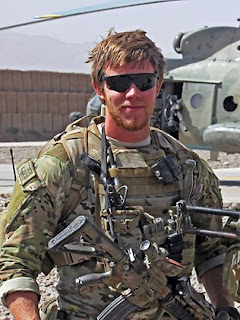 Ours is not a big army. We can't keep losing these guys while hearing about how YOUR resolve is undiminished.
Posted by Magpie at 11:27 PM No comments:

The greatest day of my life

I know I’ve had a low profile recently and it’ll probably continue.

But if you find your way here, I’d just like to share with you a moment from the greatest day of my life – today – before my body shuts down for the night.

This morning (so long ago…) my instructor/mentor/friend said, to a little group of us:

Today you will discover whether you have something in you that most people never get to discover whether they have or not....
‘Blood, sweat and tears’ is a phrase a lot of people use – without a damned clue what it means.
But you’re not ‘a lot of people’. You’re different.
You truly know what it means.
Make this the culmination of all the work you have put in up to this moment, these next several hours….

No-one fails after someone says that.

Yeah and for the record I’m an atheist, a liberal (in the American sense, not the Australian one), and I will cheerfully pay my taxes to save what’s left of the planet and keep people from starving.

He was a British born navy man who, like my grandfather, transfered to the Royal Australian Navy and came to live here. He served on the same ship as my grandfather, who died when I was a child but was still younger than Choules, and almost certainly knew him (my grandfather was later head of naval police in Sydney).

He vocally loathed war and considered it a waste of lives, time and money - and recommended the politicians be sent to fight the ones they start.

The funeral will be held in St John's Church in Fremantle.
Posted by magpie at 9:29 PM No comments:

I don't cheer at the deaths of my enemies, but I hope this gives some closure to all those who haven't had it.

Full credit to some very gutsy US operatives.
And to the Obama administration. It has to be said, because elements of the American Right have been drooling for an attack to blame on him just as they will now deny that his administration is due any credit for this.
Posted by magpie at 11:09 PM No comments:

Magpie is not dead

Well... not after a hot shower and a square meal anyway...

Thanks for coming through and apologies for the lack of new posts or comments on your blogs. I'll be back eventually.
Posted by magpie at 1:47 PM 2 comments:

Media Matters appears to be the first to pick this up...

Below is a map of Japan that appeared in Fox News - "Your World With Neil Cavuto" from March 14th to be exact. 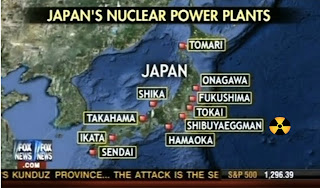 You will note with no little astonishment that Fox have discovered a nuclear reactor in central Tokyo, in the district called Shibuya, one of my favourite areas. It is called Shibuyaeggman on this map.

Shibuya Eggman is a music venue, celebrating its 30th anniversary this year. Their site, in its tribute to the victims of the quake now notes - in English - "Shibuya Eggman has no nuclear plant. Our electricity's powered only by music."

By the way, the Sendai represented in this map is not Sendai the city in northern Honshu that was badly hit by the quake. For a moment I thought that too was a mistake but it is not. It is Sendai Nuclear Power Plant (the two Sendai are written with different characters). Not a mistake per se, but... would it not have been more helpful to show the Sendai that was affected rather than the power station that was not? 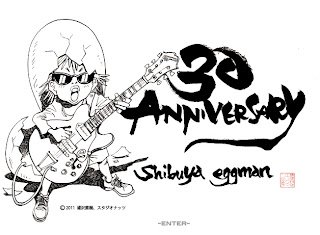 Earthquake. All the news since yesterday... well, you'd already know about that. You've already seen the pictures. It's bad.

Got a message to and from my wife's brother - everyone all right, but no power.

My wife wrote "don't do something dumb like fall down the stairs in the dark'. Sounded funny in Japanese.

Found this... It's good for remembering the best days in Japan, and knowing they will always return. So will we. Wish I was there now. 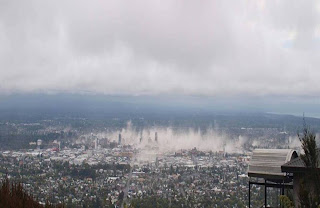 The moment the earthquake struck the beautiful city of Christchurch on February 22nd and killed (probably) over 200 people.
Posted by magpie at 8:57 PM 1 comment:

A fence in Israel...

" The Jerusalem city authority has erected a fence in a nursery school playground to separate ultra-orthodox Jewish children from a secular Jewish kindergarten that shares the same building and garden. The wire fence is to be covered with sheeting to block visibility from one part of the playground to the other. The nursery schools are in the Kiryat Yovel neighbourhood of Jerusalem, an area that has seen a growing ultra-orthodox population in recent years, to the dismay of many local secular Jews.

The secular kindergarten, Pashosh, opened in September with the aim of attracting more secular families to the area. But ultra-orthodox parents have complained that the female staff of Pashosh are immodestly dressed and that they do not want their children mixing with children from a non-religious background....

Pashosh has about 10 children aged under two. The ultra-orthodox nursery school has about 20 boys and 20 girls, in separate rooms with separate entrances, aged three to four. Staff at the ultra-orthodox kindergarten declined to speak to the Guardian.

One ultra-orthodox parent, picking up her daughter, said she was saddened by the fence but reluctantly accepted its necessity. "I don't want my children to see immodest women," said the mother...

The Jerusalem city authority declined to answer questions about the fence but issued a statement saying that "with the aim of meeting the needs of all of the neighbourhood's pupils, both secular and ultra-orthodox, the [municipality] decided to divide the existing building ... The fence will be built as part of a wider perspective that provides for the quite different needs of the community as a whole." "

How do you keep your community whole when one group of children are not allowed to be with another?

To be clear it's the ultra-orthodox parents who wanted this fence ... But if one Jewish community cannot stand for their children to look upon the wider Jewish community, and this is pandered to ... where to Israel from there?

What does that bode for future generations?

And what kind of statement does that make?
Posted by magpie at 11:26 PM 4 comments: 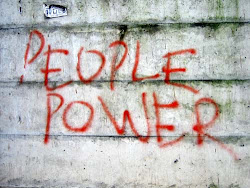 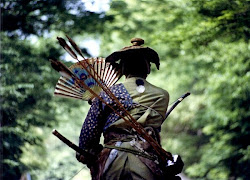